Y’all, it is almost my birthday and I couldn’t be more excited!!  I honestly don’t know why I still get excited for my birthday’s, I’ve already passed all of the “cool” milestones but who knows, maybe it’s just the thought of there being a day all about ME!!  I usually don’t do much for my birthday but I rarely let anyone forget that it IS my birth month/week/day, whatever.  My birthday is on a Thursday this year and like usual, I’ll be working.  I used to always take off for my birthday but honestly, if my birthday falls on a week day, everyone else is going to be working so I would more than likely be sitting at home binge watching something on Netflix (might as well make a little money instead, am I right?). Hopefully I can get a few friends together after work and we can grab a bite to eat or something to celebrate!

I was able to get a little birthday fun in this past weekend with my husband, Jared.  He ended up getting me tickets for the Atlanta Braves game on Friday after I told him a few months ago that I wanted to go because they were giving out free Freddie Freeman bobble heads (idk why this is something I thought I needed to have, I just really like Freddie, okay?).  Anyways, I’ve been a huge Braves fan since I was a little kid.  I used to idolize Chipper Jones (not gonna lie, still kinda do) but honestly, who doesn’t, he’s a legend!  We also decided to make a quick trip to the College Football Hall of Fame before we headed home the next day.  We had never been before and are getting pumped up for football season so why not? 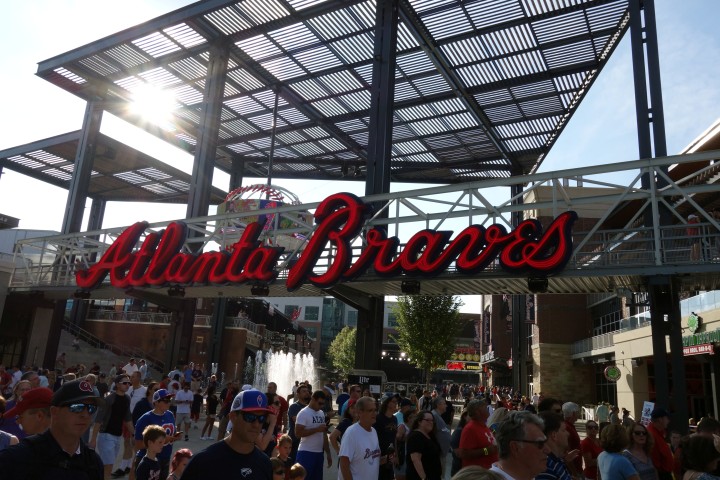 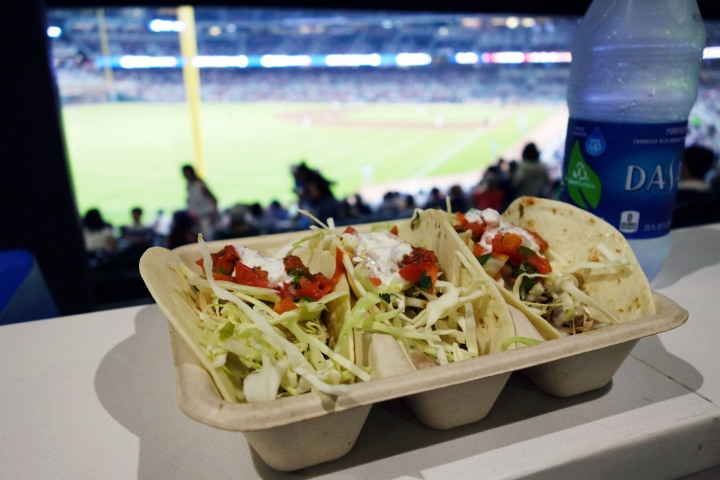 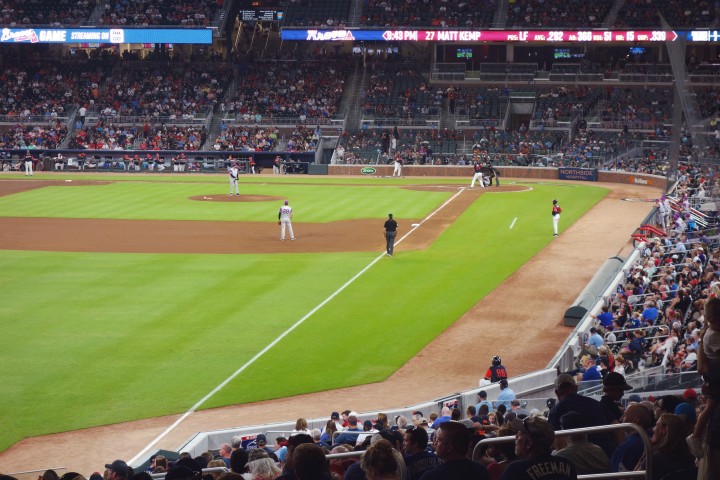 This was our first time at the new Sun Trust Stadium, (I’ll probably get yelled at for saying this) I kinda miss/like Turner Field better, don’t get me wrong, Sun Trust is SUPER nice, I just feel like it was built with a million things for people to do outside the game but aren’t we supposed to be there to watch the game?  Idk, could just be me.  We got there super early because I was sure they were going to run out of the bobble heads (they had plenty), so we just walked around, grabbed a beer, and explored the new stadium.  I will say there were a LOT of good food options.  Tons of good BBQ choices (which is the way to my heart), but I ended up going with a little taco stand that caught my eye quite a few times.  SO GOOD!!  After the game was over, (WE WON!!!) we started to walk back to our hotel, but not before we stopped to watch the Brave’s drumline perform (this is also where I got mauled by a grown ass man who ripped the free t-shirt they were throwing into the crowd out of my hand, that was fun…).  We had such a fun time, I hate that we were able to make it out earlier but atleast we made it (and I got my Freddie bobblehead)!! 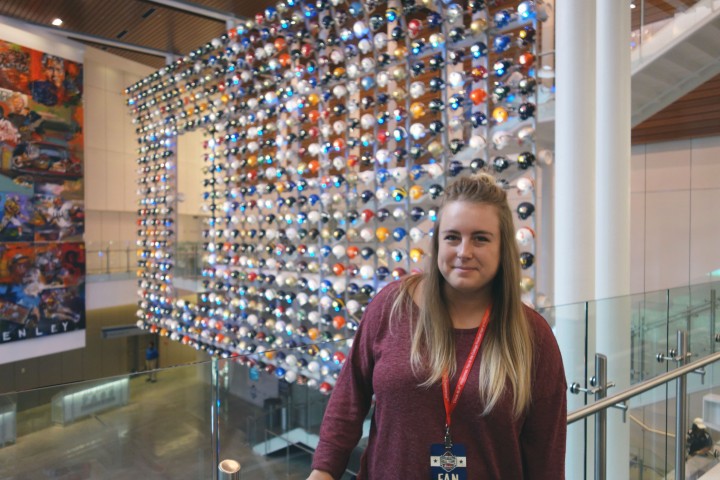 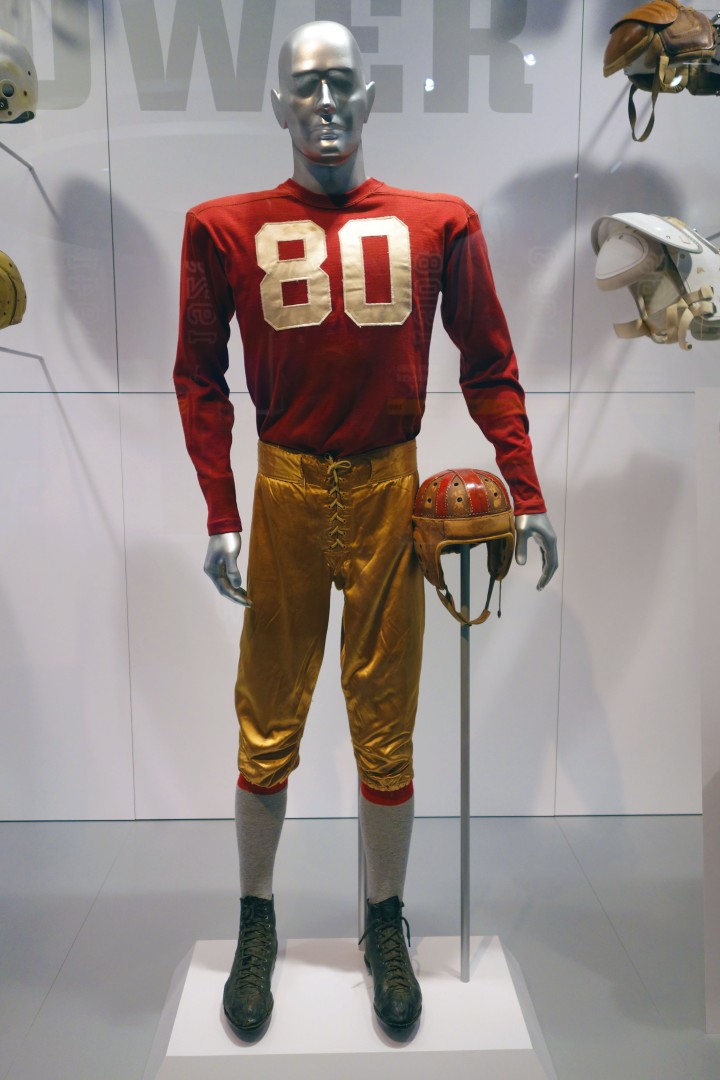 The next morning, after checking out of our hotel, we headed downtown for the College Football Hall of Fame.  Since this past weekend was the start of college football season, they had a little street fair/festival going on outside of the Hall of Fame, with lots of vendors, food, and music.  The Braves drumline was out there as well and although I wasn’t able to get a t-shirt again, Jared snagged me a hat which was way cooler so all is well!  When you walk into the College Football Hall of Fame the first thing you see is this three story tall wall of helmets!  It was incredible.  I seriously could have looked at it all day.  We pretty much just walked around and explored for a couple of hours.  There were a lot of cool interactive things to do like make play calls, sing your fight song, and take virtual reality tours of certain stadiums.  I’m glad we were able to go, it was a lot of fun.

After we left the Hall of Fame, we walked over to Twin Smokers BBQ where we shared there two meats tray of pulled pork and pulled chicken.  BBQ is my favorite food so I am very judgmental when it comes to trying new places but I would definitely go back!  The menu was a little strange but the food and sauce choices were amazing.  If you are in Atlanta and are craving BBQ, make sure to check this place out (and try the South Carolina sauce, so good).  After lunch we headed home before heading over to a friends house to watch the Mayweather/McGregor fight.  Overall this weekend was so much fun, so glad we were able to get away for the weekend/for my birthday.  If any of you are from Atlanta and have any suggestions of places we should check out let us know in the comments below!  Hope everyone has a great week!