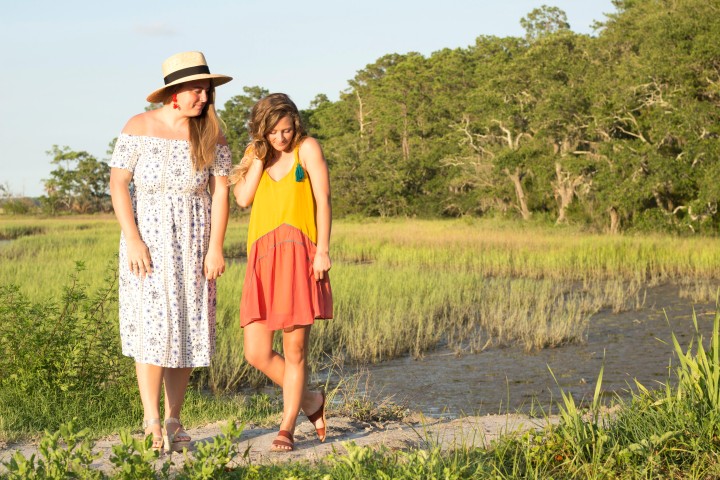 So clearly I’ve been slacking in the blog department recently.  I don’t know what’s been going on, I’ve had content to post but just have half super busy and the other half super lazy.  Ugh, my bad!

Anyways, so much has happened since we last talked (talked? That doesn’t sounds right but you catch my drift)!  The biggest thing being that I FINALLY  got my hair done.  IM A BLONDE AGAIN!!! yay! (PS you won’t see it in the post because we took these pictures while at the beach, I’m sorry, I’ll try and get a current post up soon showing it off).  Two, Jared and I have been getting good bit done around the house.  I can’t wait to show that off with y’all.  I’ve been putting some of it up on our Insta stories/highlights.  We started de-popcorning the ceiling in the room over a few nights ago.  It hasn’t been fun but its going to look so good when it’s done.  Jared also built me some selves in the dinning room so I can store some of my Rae Dunn pieces (because lord knows I have way too many, if there is such a thing).  We also plan to finish up the guest bedroom that we literally started on months ago and didn’t get very far.  Im hoping to paint this weekend.  Lastly and most annoyingly, my personal Instagram was hacked this weekend and that really sucked.  I don’t know why I still have a personal Instagram, I think Anna and I both decided to keep our personal Instagram’s for well you know, personal things.  I still use mine from time to time, mostly to keep up with my friends and family.  I such and annoying experience with trying to get my Instagram back since Instagram doesn’t have a customer service number or email (well they do but they don’t respond to them).  So anyways, I have been dealing with all of that and am so glad that it is all over, well almost (were still working on the ceilings).

Now that i’ve been able to rant with y’all about how my life is going right now, I can get on to the good stuff.  These cute outfits.  This shoot was kind of sort of unplanned.  As y’all know, Anna and I went to my families beach house on Edisto Island a couple of weeks ago for vacay and while we were there we decided not to blog a whole lot but more so enjoy break from reality.  I did however want to run to Botany Bay to take a pic or two in the sunflower fields that are usually so pretty but we came across a few problems.  One being an electric fence (I feel like I could have found a way around it but whatever) and the other being that blooms were non existent, its almost like all of the petals had fallen off of the sunflowers.  So that was a no go, we decided to head back to dinner when we started to cross over the marsh, the sun was setting so the lighting was so pretty.  We decided this would do and hopped out of the car and did a little mini shoot!

PS:  This was one of the last days of our vacation, so we were a little sunburnt, just ignore how lobster like we look, lol. 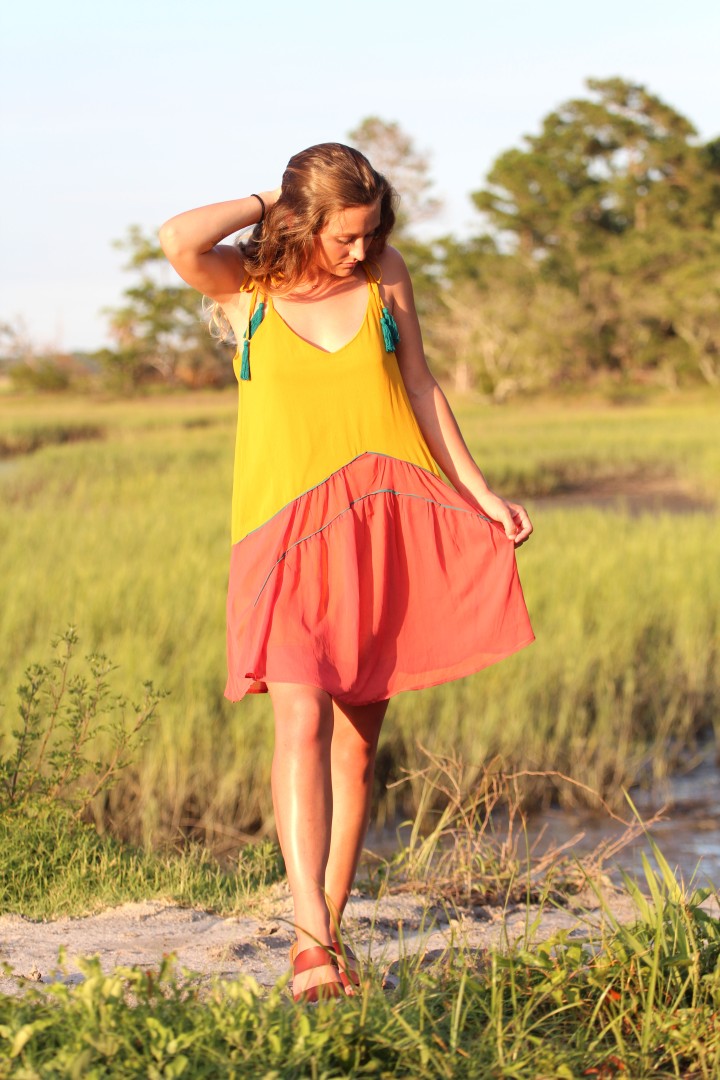 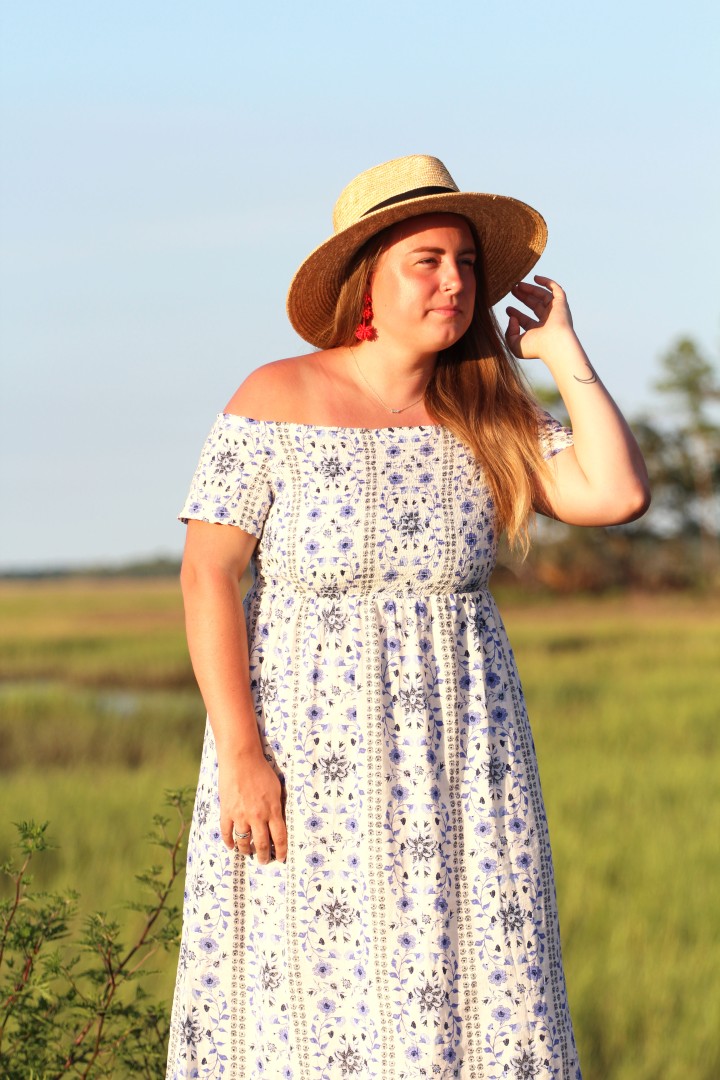 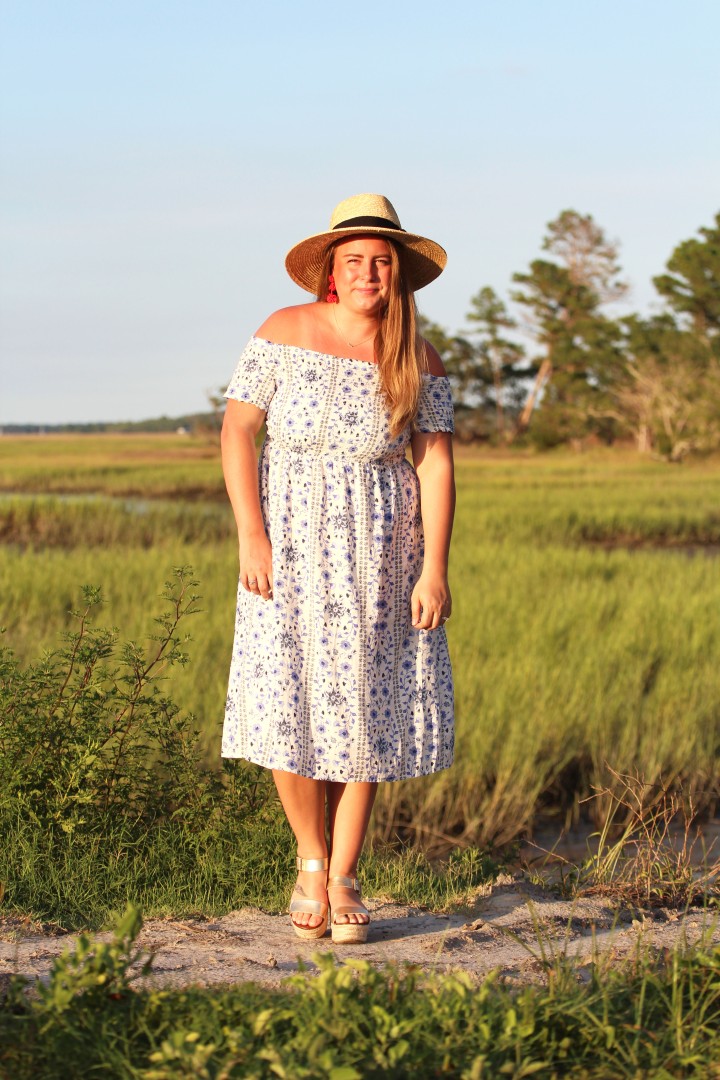 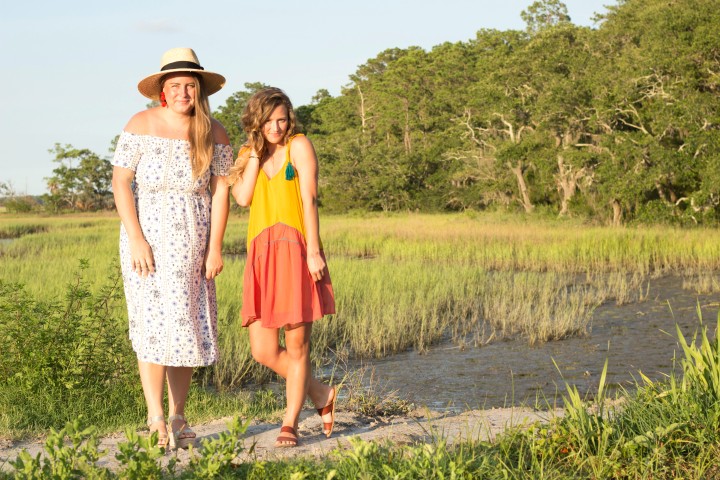 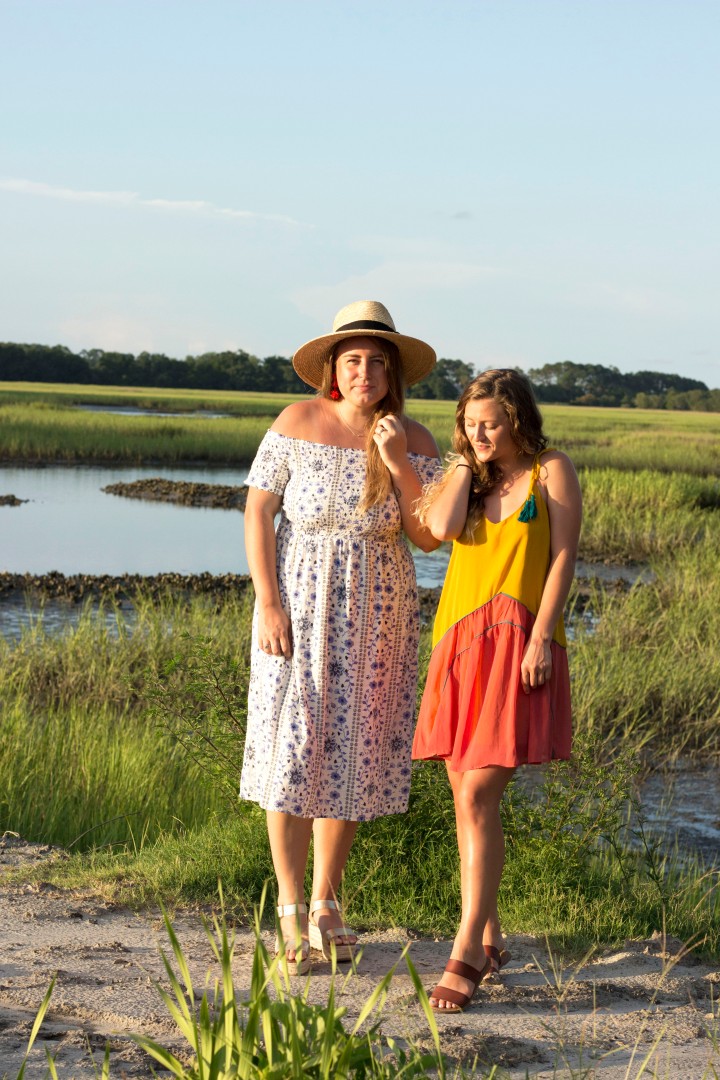 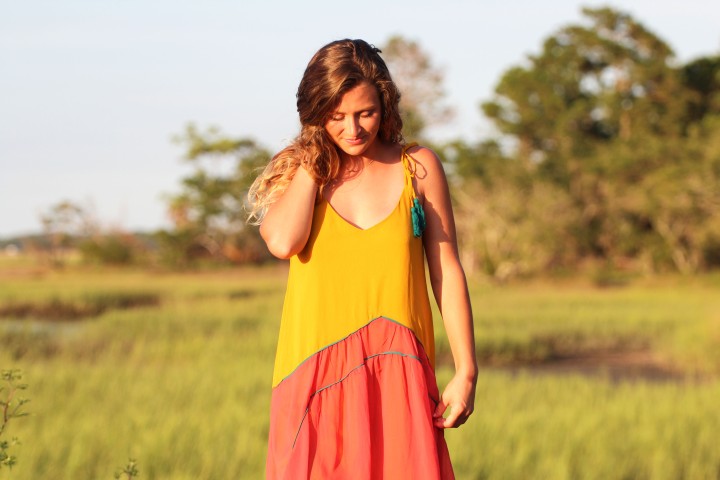 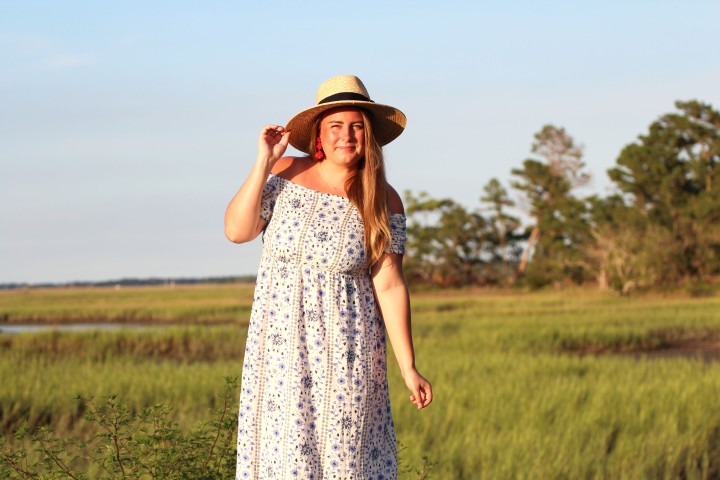 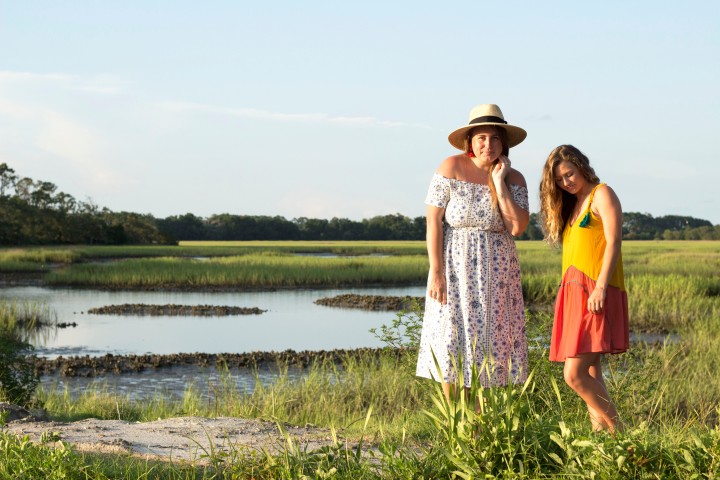 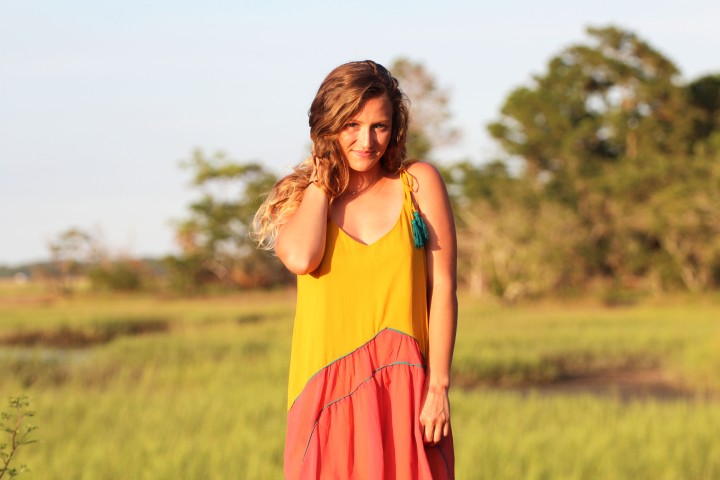 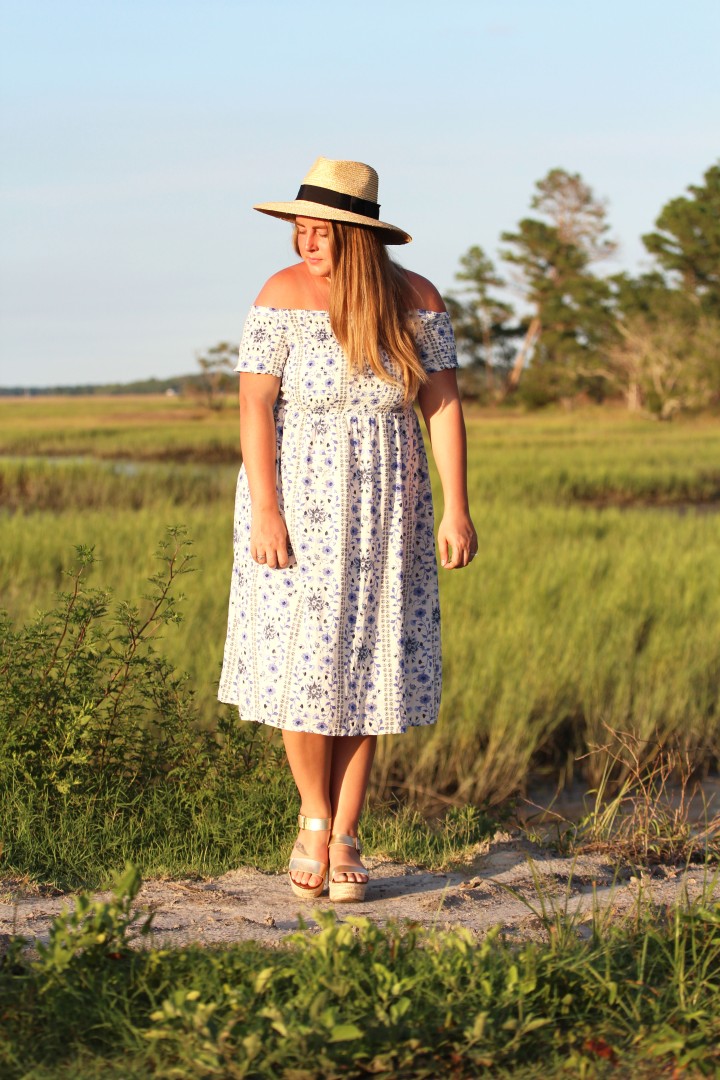 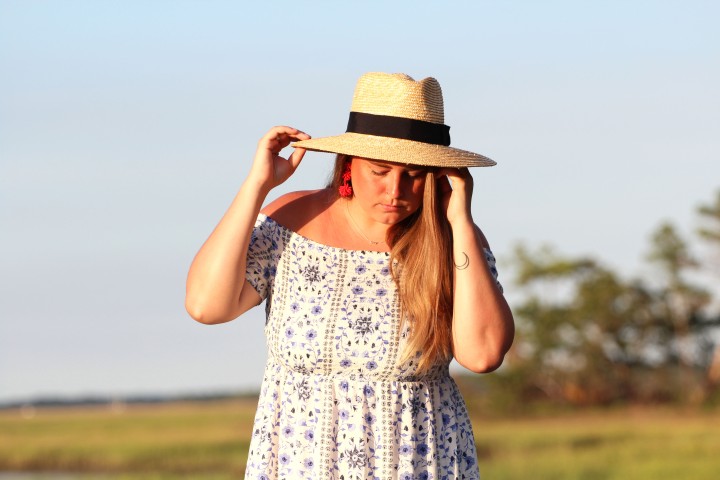 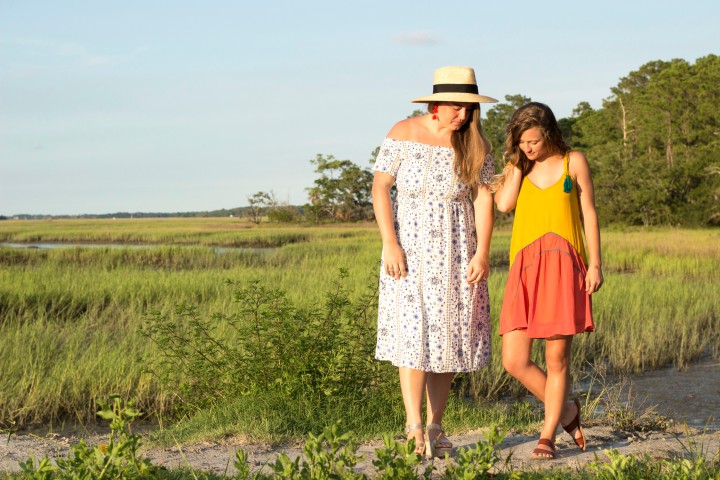 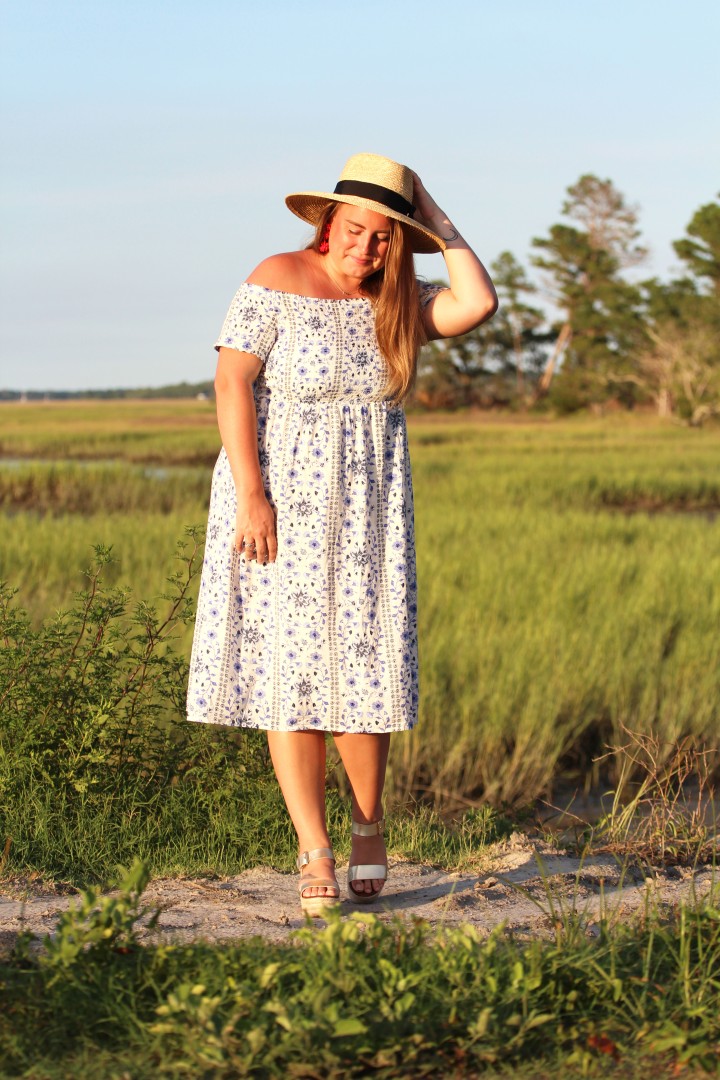 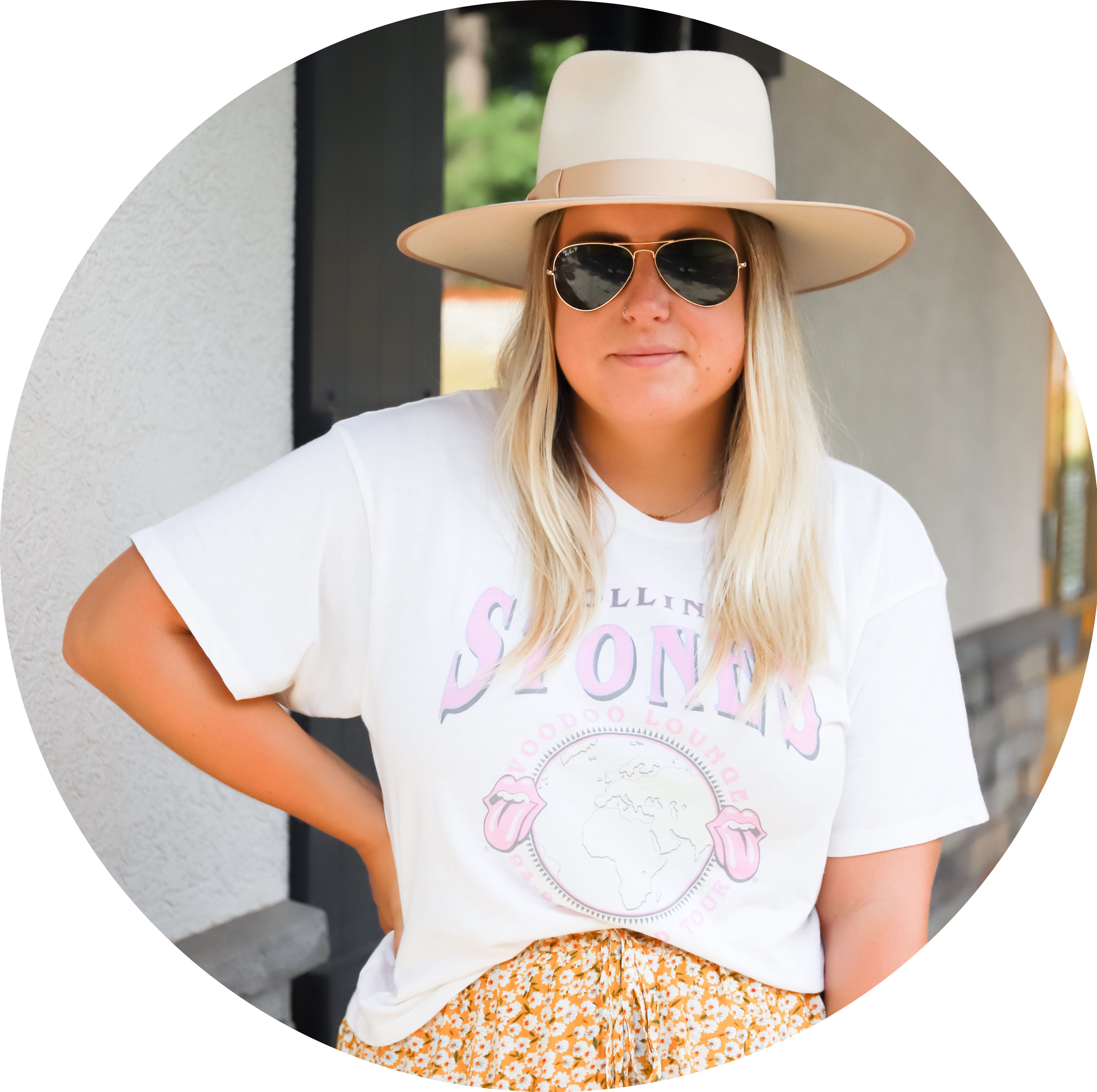